Sony and Guerrilla Games have released the first gameplay trailer for Killzone 3, make completely out of in-game footage, taken from the game’s fourth mission, called “Frozen Shores.” Killzone 3 will take you to dangerous new corners of the Helghast home planet, and reveal that its environments are far more diverse than ISA Command had previously believed.

E3 2010 kicks of this week and Sony has already unveiled some of the biggest upcoming games ahead of the Press Conference, including Dead Nation, MotorStorm Apocalypse, inFAMOUS 2, Killzone 3, God of War: Ghost of Sparta, LittleBigPlanet 2, and more. Sony has also released a new trailer for Gran Turismo 5, which was shown on GameTrailers and Spike TV a few days ago.

Sony has revealed the first trailer for Dead Nation. The title was first announced at Gamescom in Cologne last year but you can expect more news on the title at this year’s E3. Developers Housemarque and Sony Computer Entertainment have been pulling out all the stops over the past year to make this game a nerve shredding, atmospheric and action packed experience. Check out the trailer below.

The Sims 3 hasn’t made its way to the console yet – even after being available on the PC for over a year. But that’s soon to change. Earlier this year EA officially announced The Sims 3 for the PS3, Xbox 360 and Wii, with a scheduled release window of Fall 2010. Today, the first trailer for the game has been released, which can be found below.

As you are probably aware of by now, Killzone 3 was announced last week. Sony has now released the first official teaser trailer for the game, featuring highlights of the new brutal melee combat system. The release of the trailer coincides with the release of the new Killzone.com website.

These days, most games are using up the PlayStation 3 hard disk space by installing various amounts of game data. The hard drive space requirements for Red Dead Redemption has been revealed thanks to a image of the pack shot. The game uses up just 600MB of space so there is no need to worry about lengthy installs when you get your copy of the game.

Disney has made some special announcements regarding Toy Story 3 for the PlayStation 3, which hits shops from July 16th 2010. Not only will the PS3 version exclusively feature the ability to play as Zurg, but it will also include some PlayStation Move minigames. The game gives players two ways to experience Toy Story 3: Story Mode and Toy Box Mode, a sandbox style of gameplay set in the Toy Story universe.

The developers at Visceral Games is working hard on Dead Space 2 but Steve Papoutsis, Executive Producer for Dead Space 2, has just released trailer for the PS3 version of the game (see below). The concept behind the trailer is to hint at one of the core elements in Dead Space 2, while also showing off new enemies, a peek at an environment, and some other sneaky things.

Marvel vs. Capcom 3 isn’t due for release until Spring 2010, but Capcom has just released the first trailer for you to enjoy. Marvel vs. Capcom is a crossover fighting game for the PlayStation 3 and Xbox 360, and the first in the series to feature 3D graphics. Like its predecessor, it will feature a three-on-three tag-team based fighting system. Capcom has also promised a robust storyline for the game. 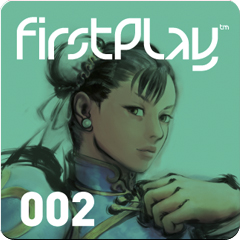 The second episode of FirstPlay is released tomorrow, and is packed full of new HD content and a free PSP Minis title. Episode 002 features a review of Super Street Fighter IV alongside previews of explosive racer Split/Second: Velocity and dog ‘em up Dead To Rights: Retribution. The PlayStation Network Highlights include a countdown of your best FIFA goals and a first look at Shinji Mikami’s new shooter Vanquish in the screenshot galleries. Check out a trailer of Episode 002 below.