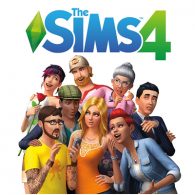 The Sims 4 has a new game pack that adds in a Star Wars inspired planet, along with new outfits and items, including a customisable lightsaber. The game pack is now available to purchase and download from the PlayStation Store.

Fans of the popular Star Wars: The Clone Wars TV series can continue the battle for galactic peace in this videogame that puts players right in the middle of the Clone Wars. Take up arms on behalf of the noble Galactic Republic, pursuing the mysterious bounty hunter Cad Bane and combating the all-new Skakoan super villain Kul Teska.