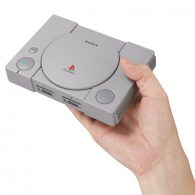 In September, Sony announced the PlayStation Classic, a mini version of the original PlayStation, which comes with 20 pre-loaded games. Only a handful of games were announced for the retro console, but today, the full list of games have been released, and includes Metal Gear Solid and Grand Theft Auto.