Media Molecule has announced that the release of LittleBigPlanet 2 has been delayed by a few months. The title was originally scheduled for release in November of this year but has now been pushed back to January 2011. The title has been delayed worldwide due to allow the development team more time to complete the game.

Today at gamescom 2010, a new trailer of LittleBigPlanet 2 was revealed to the public. The new trailer shows more footage of the story mode from the game. Check out the new footage below.

A new trailer for LittleBigPlanet 2 has been revealed, this time focusing on the story mode of the game. If you enjoyed the story mode of the original LittleBigPlanet, then the new adventure you and your Sackboy (or Sackgirl) are about to go on will blow you away. Get ready for an all-new adventure, with an amazing new cast of characters that will take Sackboy on an “out-of-this-world” adventure.

Sony and Media Molecule have announced the official release date for the sackboy sequel, LittleBigPlanet 2. In addition, pre-ordering the game from selected retailers will give gamers exclusive costumes to enjoy in-game. Selected retailers include Amazon, BestBuy, GameStop and more.

During an interview about Media Molecule’s highly anticipated title, LittleBigPlanet 2, both Pete Smith and Lee Cubin from SCEE have revealed plans for an impending Beta. Smith revealed “We will have a Beta, we’re starting the Beta process fairly soon and invites will be going out,” in response to a community question about beta testing. 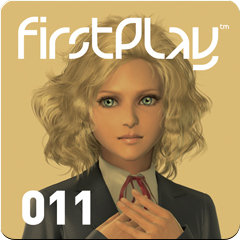 Episode 11 of FirstPlay hits the PlayStation Store tomorrow. The best new about the new episode is subscribers will be able to download a exclusive Backbreaker demo, the new American Football title from NaturalMotion. The demo will be available exclusively with FirstPlay for a limited time. The episode also features HD reviews of Metal Gear Solid: Peace Walker and International Cricket 2010.

If you were anxious to learn more about LittleBigPlanet 2, Media Molecule has put together a list of frequently asked questions about the upcoming title. The FAQ, which we have included for you below, covers everything from Backwards Compatibility with levels from the first title to DLC and new Create tool.

Qore Episode 24 is now available to download from the US PlayStation Store today and includes a early look at LittleBigPlanet 2. The team visited Media Molecule in the UK to understand how the creativity of the community inspired them to push the boundaries in the sequel to transform the platform game into a platform for games.

Sony have officially announced that Sackboy will be returning to your PS3s in LittleBigPlanet 2. Sony also released the first trailer to LBP2, which you can find below. LittleBigPlanet established the Play, Create, Share creative gaming genre and has enjoyed tremendous success, with well over 2 million levels created since launch and growing by the week.

Yesterday, details about LittleBigPlanet 2 were revealed by the latest issue of Game Informer. Today, we have some official screens and more details on the game. As we’ve already mentioned, LBP2 will only allow you to create levels but you will also be able to create entire games. Furthermore, all the levels created in LBP will be compatible with the new title.