Hideo Kojima and Sony have announced an exclusive partnership with his newly formed studio Kojima Productions. Kojima Productions’ first software title will be a console exclusive to PlayStation 4. The announcement was made by Andrew House, President and Global CEO of Sony Computer Entertainment in a YouTube video (see below). 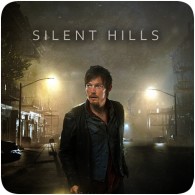 Horror film director Guillermo del Toro has confirmed that Silent Hills has been cancelled. The game was meant to be a collaboration between Hideo Kojima and del Torro and featuring The Walking Dead’s Norman Reedus, but little about the game has been revealed since the release of the P.T. demo.