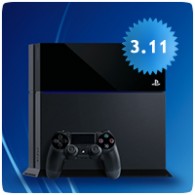 A new mandatory firmware update for the PS4 was released earlier today, to improve the stability of the PS4 system. The minor update is 250MB in size, and is required if you wish to access the PlayStation Network. The changelog (below) states that stability has been improved, but doesn’t mention what features are affected. 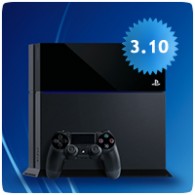 Sony has released PS4 Firmware v3.10 this morning, adding support for verified PSN accounts and adding more stickers. It’s a minor update for the system software, and unfortunately it’s mandatory, so you will need to update your console before you can access the PlayStation Network.

PS4 Firmware v3.00 is now officially available to download as of earlier today. The update is a major one, adding lots of new social features to the console, including Events, Communities, and adding comments to the “What’s New” section. You can now also stream live to YouTube, and post 10-second video clips to Twitter. Check out the full changelog here.

Sony has announced that PS4 Firmware 3.00, codenamed Kenshin, will be publicly available tomorrow. Until now, this major firmware update has been undergoing private beta testing by thousands of users around the world (and we’ve been involved too). The firmware update focuses on enhancing the PS4’s social features, adding in Events, Communities and enhancements to Sharing, including YouTube Live Streaming and Twitter Video Sharing.

The official PS4 Firmware v3.00 beta changelog was leaked online by an unnamed beta tester, revealing the new features and changes to the next major PS4 software update. It’s worth noting that features may change before the final version is released, and not everything in this changelog will make it into the final public release.

Sony has officially detailed the features of upcoming PS4 Firmware Update 3.00 (codenamed “Kenshin”), and the new host of features it brings to the PS4. The firmware update adds oft-requested updates from users, and also increases the cloud storage capacity of PlayStation Plus from 1GB to 10GB – something that we’ve talked about previously.

Features for the PS4’s next major firmware update have been leaked from the beta version of the update. Sony has confirmed that it is working on a new firmware update, but has refused to confirm whether all the features described below will make it into the final version. Sony also says that the new update will be available, but declined to give a release date.