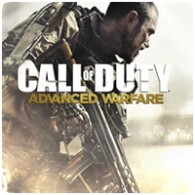 Call of Duty: Advanced Warfare continues to top the UK Games Chart in 2015 after finishing late year on a high. The title has enjoyed six straight week on top of the chart, while last year’s other top titles also appear in the Top 10.

Call Of Duty: Advanced Warfare continues to top the UK Games Chart, ending this year on a high. It no surprise that the top five games are all big franchises, but it’s good to see new IP in the top 10, with The Crew in 6th place and DRIVECLUB in 7th. 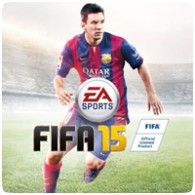 The top 5 games in this week’s UK Games Chart remain unchanged, with FIFA 15 retaining the top spot as we approach Christmas. PlayStation exclusive DRIVECLUB has slipped down the chart, slipping 3 places and just two behind competitor The Crew. LittleBigPlanet 3 has also failed to make it into the Top 20, finishing in 22nd.

GTA V‘s return to the top of the UK’s Games Chart was rather short lived, as Call of Duty: Advanced Warfare has returned to the top. GTA V has fallen to third place, while FIFA 14 has climbed two place to finish in second. DRIVECLUB has made a miraculous return into the top 10, climbing from 33rd to 8th place.

The next-gen release of Grand Theft Auto V on the PS4 and Xbox One has shot the game back to the top of the UK Games Chart. The game has broken records to make it the UK’s highest all-time selling game, beating the previous record holder: Call of Duty: Black Ops. New release Far Cry 4 also debuted on the chart in 2nd place, pushing Call of Duty: Advanced Warfare to third place.

Call of Duty: Advance Warfare has managed to fight off competition in the UK Games Chart to keep top spot for a second week. CoD managed to keep ahead of new release Assassin’s Creed: Unity, which debuted on the chart in 2nd, followed by Xbox exclusive Halo: The Master Chief Collection.

Despite the server issues with DRIVECLUB, it’s actually the top selling game on the PS4 last month. That’s according to the PlayStation Store Chart released by Sony. Middle-earth: Shadow of Mordor debuted in 2nd, pushing down the previous top seller Minecraft to 3rd. On the PS3, Minecraft still reins supreme.

It’s no surprised that Call of Duty: Advanced Warfare has taken the UK Games Chart this week. The game, which was released last week, has knocked FIFA 15 off the top after six weeks straight – but how long will CoD keep it’s top spot?