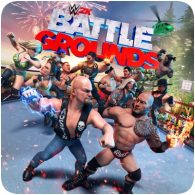 A new trailer for WWE 2K Battlegrounds was revealed at the Gamescom 2020 Opening Night, featuring commentator Jerry “The King” Lawler. Lawler and his commentary partner Mauro Ranallo will feature in the upcoming game to give players in-game commentary on matches.

The new trailer for the game is called “Clash of the Eras” and features Lawler and new gameplay footage from the game. The game is a departure from the usual annual WWE release and will feature new game modes.

WWE 2K Battlegrounds will be released on 18th September 2020 for PS4, Xbox One, Switch, Stadia, and PC.