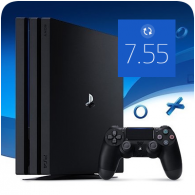 Sony has released a new minor firmware update for the PS4, updating the system software to version v7.55. The update isn’t mandatory for the moment so you’ll still be able to access the PlayStation Network.

The update weighs in at just over 471 MB, and improves the system performance according to the changelog. The update may be required when playing certain games.

Sony is also currently beta testing PS4 Firmware 8.00, which will likely be available to the public in the coming weeks and will feature a number of improvements to the system.