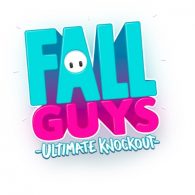 Fall Guys launches on the PS4 tomorrow, and will also be available to PlayStation Plus subscribers for free. Ahead of the game’s release, the trophy list has been leaked, which includes a coveted platinum trophy.

Most of the trophies look fairly easy to obtain, mixing career based achievements with trophies for completing various feats. However, there are some harder ones in the mix, including grinding to level 40 in a season, qualifying from 500 rounds, and winning 5 episodes in a row.