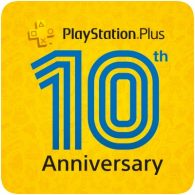 To celebrate the 10th anniversary of PlayStation Plus, Sony has been giving out free PSN credit to users over the last week. Depending on your region, you could get £10, $10 or €10. However, it’s not exactly clear how users are being chosen.

For example, users who’ve been subscribed to PlayStation Plus for 10 years straight have not received the credit, but a recently signed up user has. According to the PlayStation twitter account, its completely random:

Naturally, many gamers are furious about the promotion, especially for long term fans and subscribers of the service. The comments in the tweet above show the mixed reaction from subscribers.

Were you lucky enough to get the free credit? Let us know in the comments below.