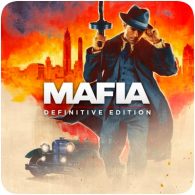 Developer Hangar 13 and 2K Games have released the first gameplay footage for Mafia: Definitive Edition, which is a remake of the original games built from the ground up. The fifteen-minute video shows the core gameplay and footage of the “A Trip to the Country” mission.

The Mafia: Definitive Edition will be releasing on 26th September 2020 for the PS4, Xbox 360, and PC. You can check out the gameplay video below:

Mafia: Definitive Edition is also available as a stand-alone pre-order, which will come with pre-order bonus “The Chicago Outfit”, which includes: