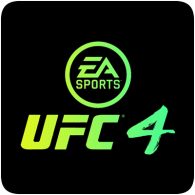 EA have announced that UFC 4 will be heading to the PS4 and Xbox One in August, and will feature  UFC middleweight champion Israel “The Last Stylebender” Adesanya and UFC welterweight contender Jorge “Gamebred” Masvidal as the game’s official cover athletes.

The game will include a number of new features, including a unified progression system,  overhauled takedown and ground mechanics, and improved combat.

UFC 4 will see fighters shaped by their fight style, achievements, and personality. Through the unified progression system, players can develop and customise themselves and go from an unknown amateur to UFC superstar in the new Career Mode.

The game will also feature over 1,600 items to customise your players with, and 120 emotes.

Players who pre-order now will get access to Anthony Joshua and Tyson Fury, and cosmetic items in the form of the Backyard Customisation Pack and Kumite Customisation Pack. And if you purchase through UFC 2 or UFC 3, you’ll get 10% off UFC 4, martial arts legend Bruce Lee, and 500 UFC points.