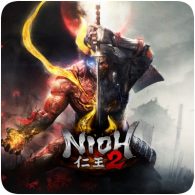 Nioh 2 has just received a major update, which adds several new things to the game, including new missions and the new photo mode. The update also fixed plenty of bugs in the game and adds gameplay improvements.

You can find the full patch notes below, which is fairly large list of changes.

Added the following items to “Game Settings” in the system menu