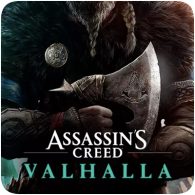 The next title in the Assassin’s Creed series has been confirmed by Ubisoft. Beside the game being called Assassin’s Creed Valhalla, very little is currently known about the game, except that players will play as a Viking. Luckily, more details on the game will be revealed later today.

A live stream by Ubisoft will take place this afternoon at 4pm BST (8 AM Pacific), and can be watched below:

The game was previously rumored to be called Assassin’s Creed: Ragnarok, which clearly isn’t true, but the details about Vikings remains true.