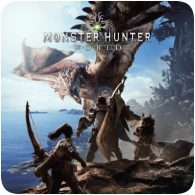 As for the latest games, Monster Hunter: World has shipped over 15 million units since the game was released in January 2018, breaking Capcom records. It’s the first game in the company’s history to reach that milestone.

The game is currently on offer at the moment in the PlayStation Store January Sale, saving you 50% on the game’s RRP.