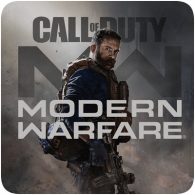 The first of two Modern Warfare Beta weekend begin later this week, on Thursday, 12th September at 6:00pm BST, and ending on Monday, 16th September (time still to be decided). The first beta weekend will be exclusive to the PS4.

The game will be available to preload on the PS4 ahead of the start of the beta this Thursday.

The first two days of this weekend, Thursday, 12th September and Friday, 13th September, will also be open to those who have pre-ordered the game. The rest of the weekend (Saturday, 14th September to Monday, 16th September) will be open to all PS4 owners.

The second Beta Test Weekend is for all players, starting Thursday, 19th September, and running to the evening of Monday, 23rd September. As with Weekend 1, the first two days will be early access, but for PS4 owners it will be open to all.