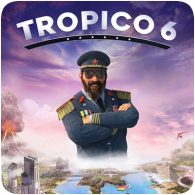 Tropico 6 was expected to release in 2018, but was later delayed to January 2019. Now, Eurogamer reports that the PC version of game has again been delayed, and is now scheduled for release on 29th March 2019.

The new release date for the console version of the game hasn’t been confirmed, but Amazon now lists the game with an August 2019 release date.