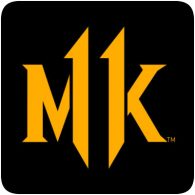 At The Games Awards, Warner Brothers and Netherrealm Studios announced Mortal Kombat 11, which will be releasing on consoles and PC in April 2019. A beta for the game will also be taking place in March 2019.

A trailer for the game has been release (see below), but a full reveal will be made on 17th January 2019. The blurb for the game is as follows:

Mortal Kombat 11 deepens and personalizes the experience unlike ever before with an all new Custom Character Variation System that gives players the creative control of building customized versions of the character roster. In addition, the game will introduce a new cinematic story that continues the epic saga that is more than 25 years in the making.

Mortal Kombat 11 is scheduled for release on 23rd April 2019 for PS4, Xbox One, Nintendo Switch and PC.