To celebrate the PS4’s fifth anniversary, Sony has released a infographic revealing some interesting statics about the console. As of September 2018, 86.1 million PS4 units have been sold worldwide. which means over 12 million units were sold since Christmas 2017.

The infographic also reveals the 5 top selling titles on the console, which should not be a surprise to anyone. Check out the infographic below: 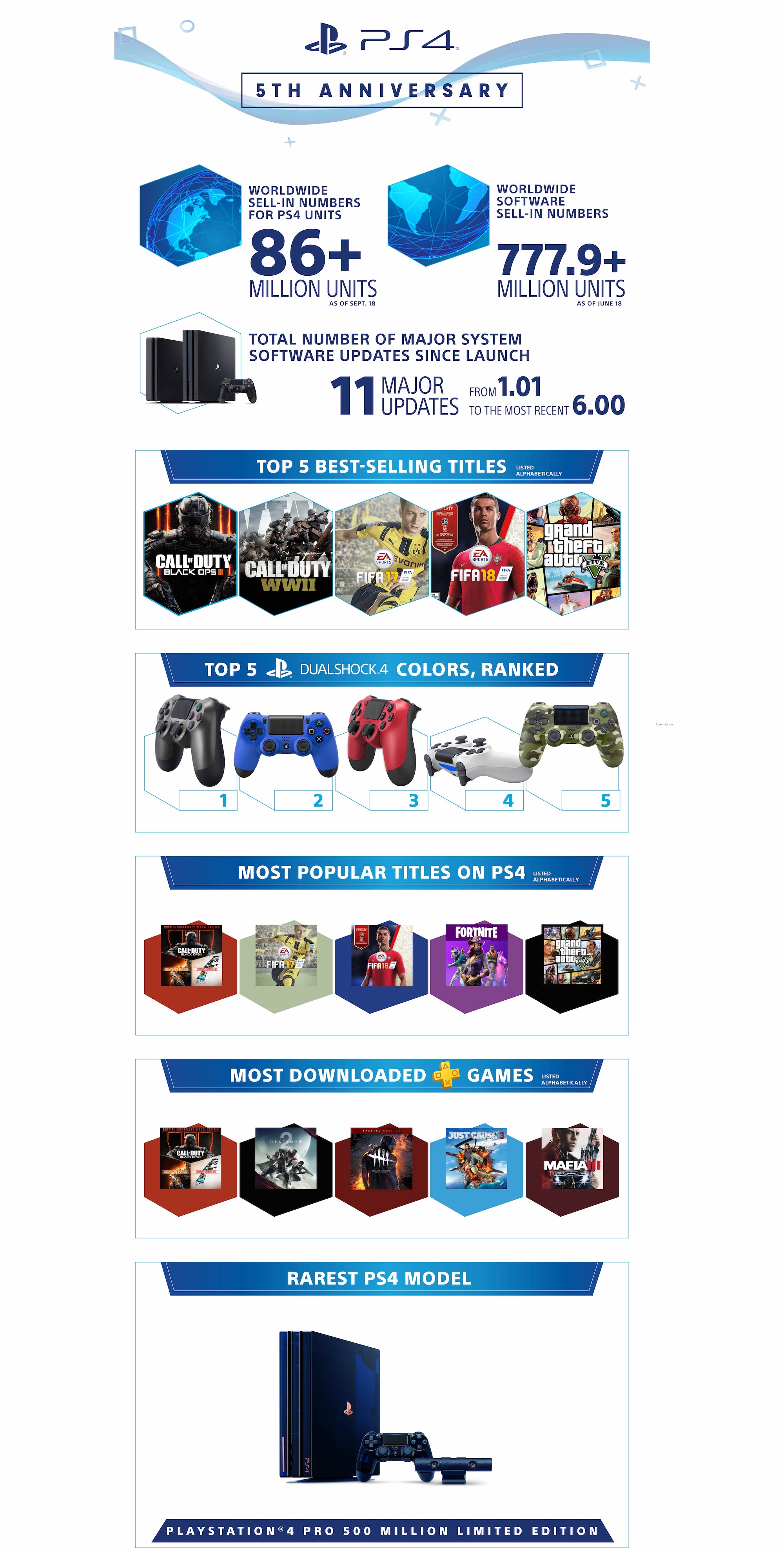