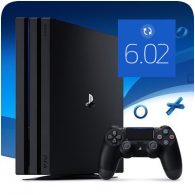 Sony has released a new minor firmware update for the PS4, updating the system software to v6.02. The new update is mandatory and is required to access the PlayStation Network. The changelog for this update states that this update “improves system performance”, but it presumably also fixes the PSN message bug reported last week.

The update is 427 MB in size. If you’ve got automatic updates turned on, then the new firmware will have hopefully downloaded automatically to your console.