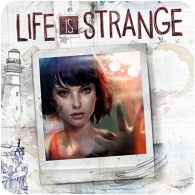 The release date for the first episode of Life is Strange 2 has been revealed in a very short video uploaded a few days ago. The first episode in the series will be released on 27th September 2018, with more details about the game to be released in August.

The series will contain a total of five episodes, with the latter episodes releasing periodically.

To tide you over for the release, the free-to-play title The Awesome Adventures of Captain Spirit, set in the LIS universe is releasing tomorrow, 26th June 2018. The choices the player makes in this game will have a consequence in LIS2.