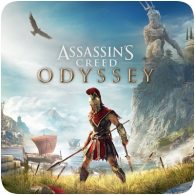 Players will be able to choose between two Spartan mercenaries: Alexios and Kassandra, but you’ll only be able to play as one for the entire story. Your chosen mercenary will follow the same storyline, captain the same warship, and wield the same formidable abilities gained from the mysterious Spear of Leonidas.

“The main story is going to have branching,” says Game Director Scott Phillips. “It’s going to come back together so that you have similar choke points where certain events will occur, historical events that we’re not going to change. But there are many, many other choices where [different players’] games will diverge dramatically. And then if you look outside of the main path, if you look at what you’ve done in the world, what choices you’ve chosen to make for other quests in the world, you’re going to see a dramatic shift in how the world perceives you, and what’s available to you because of what you’ve done.”

Assassin’s Creed Odyssey will be released on 5th October 2018 on PS4, Xbox One and PC.