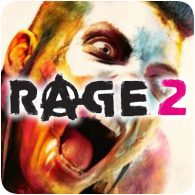 Bethesda have released a gameplay trailer for Rage 2, which will be coming to the PS4, Xbox One and PC in 2019. Developed by Avalanche Studios in partnership with id Software, it features a character known as Walker, the last Ranger in the wasteland who’ll go up against The Authority, much like in the first game.

The open-world title will feature first-person shooting and vehicular combat, and you can check out the trailer below.

The original game, Rage, was released in 2010 and developed by id Software. The original game sold enough copies to justify a sequel according to Bethesda marketing boss Pete Hines.

More details about the game will be released at E3 2018.