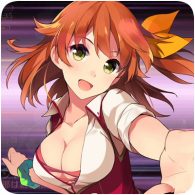 PS4 game Omega Labyrinth Z has been refused a rating in the UK – the first game to be banned in the UK since 2008. The Video Standards Council rejected the dungeon-crawler game as it “promotes the sexualisation of children.” Without a rating, it’s illegal to sell a physical copy of the game in the UK.

Australia and Germany have also refused to classify the game, but it will be available in other countries, including the US.

The VSC has the following to say:

The game is explicit in its setting within a “school” environment and the majority of the characters are young girls – one child is referred to as being a “first year” student and is seen holding a teddy bear. The game clearly promotes the sexualisation of children via the sexual interaction between the game player and the female characters. The style of the game is such that it will attract an audience below the age of 18.

The game includes a mini-game where you fondle breasts or directly control breasts using the touch-pad.