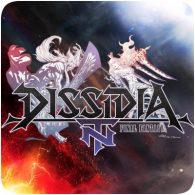 The game is available to pre-order from the PlayStation Store, including a Digital Deluxe Edition. If you’re unfamiliar with the game, you can check out the trailer below: