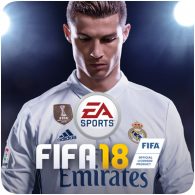 EA has confirmed that the FIFA 18 demo will be available to download on the PS4 this Tuesday, 12th September 2017. The demo will allow gamers to play the Kick Off mode, which will include a selection of the biggest clubs and stadiums the game has to offer, including Manchester United and Real Madrid.

Play as one of these 12 top football clubs in Kick Off mode:

Play in one of these 4 stadiums from around the world: