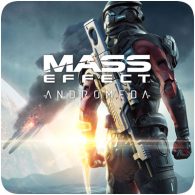 BioWare has revealed that Mass Effect Andromeda will no longer receive patches or updates for the single-player mode in the game. The last patch released was v1.10, which means any outstanding bugs or glitches will not get fixed. The multiplayer mode is unaffected, so you can still expect new missions and other content to be released.

The statement from BioWare reads:

Early in development, we decided to focus Mass Effect: Andromeda’s story on the Pathfinder, the exploration of the Andromeda galaxy, and the conflict with the Archon. The game was designed to further expand on the Pathfinder’s journey through this new galaxy with story-based APEX multiplayer missions and we will continue to tell stories in the Andromeda Galaxy through our upcoming comics and novels, including the fate of the quarian ark.

Our last update, 1.10, was the final update for Mass Effect: Andromeda. There are no planned future patches for single-player or in-game story content.