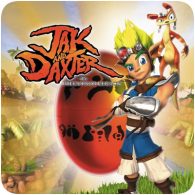 Sony has announced that Jak and Daxter are making a return to PlayStation this year, in the form of PS2 Classics for the PS4. Jak and Daxter: The Precursor Legacy, Jak II, and Jak 3 will be available on PS4 via download on PlayStation Store, making use pf PS2 emulation to upscale the games to HD, and adding trophy support.

Jak X: Combat Racing, Naughty Dog’s wild vehicular combat PS2 classic will also be available for the first time anywhere since its release back in October 2005. Originally released for PS2, Jak X will also make its way onto PS4 later this year.

The games will include additional enhanced features include Share Play, Remote Play, and Activity Feeds (an active PlayStation Plus membership is required to use certain online features). Look out for a release date soon.