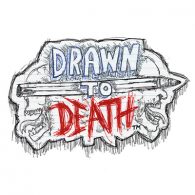 Third-person hybrid shooter/brawler Drawn to Death has been announced as April’s first PS4 game. The game, along with five other titles yet to be announced, will be available to download from 4th April 2017. The game takes place entirely inside the pages of a high school kid’s notebook, and has been in development for nearly 3 years.

The rest of the April PlayStation Plus line-up is yet to be revealed, but you can expect more on this closer to April.

In the mean time, check out the trailer for Drawn to Death: