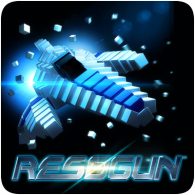 Housemarque have released a new patch for Resogun adding PS4 Pro compatibility, which includes 4K support and HDR. The patch is free to download for owners of the game, and also includes some visual changes and bug fixes. The HDR mode will also work on regular PS4 models, providing you have a compatible device.

Also added for PS4 Pro in this patch is super sampling in full HD, for those that want to play at 1080p resolution.

The update from Housemarque stated:

In a nutshell, it’s a free update for everyone who already owns Resogun, and those who don’t – now’s the best time to get it.

Available for the PS4 and PS4 Pro consoles.