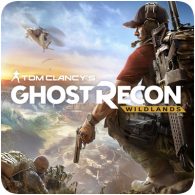 Ubisoft has announced that there will be an open beta for Ghost Recon: Wildlands, starting next week, but only running for a few days. The beta will start on 23rd February 2017, and will run until the 27th. The beta will be available to download from Monday 20th February, so it can be installed ahead of start date.

The open beta will allow players to explore two of the game’s regions with these being the mountainous Itacua region and the snowy Montuya area.

Players who take part in the open beta will get access to the Unidad Conspiracy mission in the main game as long as they play the full game before March 31st using the same Ubisoft account.