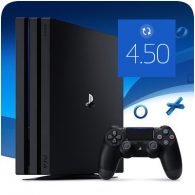 Sony is working on the next major firmware update for the PS4, and it looking to enlist some helpful gamers to help beta test it before it launches. The features of the upcoming firmware haven’t been revealed yet, but you can sign-up for the beta here. Chosen testers will get advanced access to new features and improvements to the PS4, although it may not be in a stable state.

If you’re part of the program, you’ll receive an email with instructions on downloading the beta version of the next system software. In order to sign up, you’ll need a PS4 with an internet connection, and access to a Master Account. And remember — you can roll back to the previous system software at any time.

Features in the upcoming firmware update will be announced soon, so be on the look out for that.