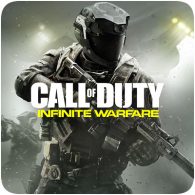 Trailing in second is FIFA 17, and Battlefield 1 in third place. All three games were part of PlayStation’s 12 Deals of Christmas promotion, which along with Christmas and Boxing Day sales, has helped boost sales of the games.

Overall, the top five games have largely remained the same over the last few weeks, with the exception of Watch Dogs 2 and GTA V, which switched places in the last week, likely due to Sony’s Christmas promotion for both games.

Older games like Rocket League and Uncharted 4: A Thief’s End have managed to re-enter the chart over the last couple of weeks too, with both games re-entering the top 10.

Looking into 2017, new PlayStation Plus content for January 2017 is now live on the PlayStation Store. But if that doesn’t tickle your fancy, you can check out Spel Automater and find a plethora of online games you can play instead – all via the browser.

In terms of new PS4 games coming in 2017 and beyond, there is plenty to be excited about. Quantic Dream’s Detroit: Become Human is a new Quick-time Event (QTE) driven game, similar to past titles from the company.

Another title to look forward to is Dreams, developed by Media Molecule – the company behind the highly successful LittleBigPlanet, and Tearaway. The beta for the game has been delayed, but no new release date has been revealed for the beta.

The PlayStation Network will also be getting a few new free to play games in 2017. There are currently over 20 free-to-play titles on the PS4, including Kill Strain, World of Tanks, Warframe and Loadout.