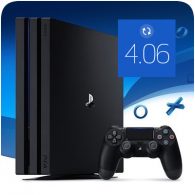 Earlier last week, on 17 November 2016, Sony released an update to the system software for the PS4, brining the current firmware version to v4.06. This is a minor update to the software, simply improving the system performance, but it’s a mandatory update. You’ll need to update your PS4 to v4.06 before you are able to access the PlayStation Network and play online.

The update weighs in at just under 300 MB. The changelog is as follows: