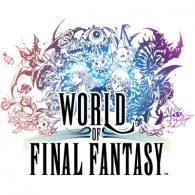 Square Enix have announced that a playable demo for World of Final Fantasy will be available to download early next week. The demo will be exclusive to the PlayStation Store and will give players the opportunity to sample the game ahead of the full release later this month. Players will be able to play as Lann and Reynn, in both their Lilikan and Jiant forms, and will see some iconic and memorable enemies from past Final Fantasy games.

The demo will be available to download from Monday, October 17, while the full game launches on the PlayStation 4 and PS Vita on 28th October 2016.