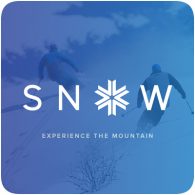 Free to play PS4 title, SNOW, will be going into beta later this month, giving PS4 owners to hit the slope – but at a cost. The beta will cost $19.99 to join, but you’ll get over $30 of in-game content and some exclusive items as part of the Founder’s Pack in return. However, the founder’s pack will only be released to beta players when the full game launches, for which there is no specific date.

Apart from the usual pre-order incentives to take part in betas, this is probably the first instance of straight-up charging to get access to a beta version of a game. Even more strange is that it’s for a free-to-play title.