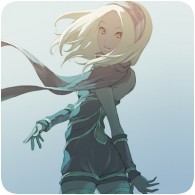 Japan Studio has revealed that Gravity Rush 2 (or Gravity Daze 2 as it’s known in Japan) has been delayed to early 2017. Back in July, a release date of 2nd December was revealed, but it now appears that this date was too ambitious. To compensate fans for the delay, DLC for the game will be released free of charge.

Keiichiro Toyama has the following to say:

“In July, we announced a release date for Gravity Rush 2 that we felt most appropriate for the title. Since then, though production is proceeding smoothly, the landscape for that release date has changed dramatically.

“I would like to apologise to all those players anxiously awaiting Gravity Rush 2. After four years of development making a title we are very proud of, we want to release it at the very best time.

“In exchange for the longer wait, we have decided to release the premium DLC planned for the title free of charge. This additional story will take place in the world of Gravity Rush 2, and we think fans will have a lot of fun playing through it.”