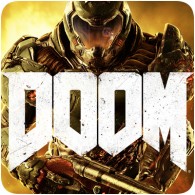 Bethesda has released the first update for Doom, adding a few new features to the game, along with plenty of bug fixes. Among the new features is “Photo Mode”, which is available in Campaign mode. There are plenty of bug fixes for both the single-player and multiplayer modes, including weapon balancing, trophy glitchs, and the more important game crashes. The update notes can be found below.

The full list of updates and fixes are below.