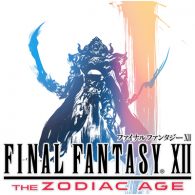 Square Enix has announced that PS2 title Final Fantasy XII will be remastered in HD for the PS4. The title will be called Final Fantasy XII The Zodiac Age and will release sometime in 2017. The game will feature higher resolution visuals and cutscenes, 7.1 surround sound and much faster load times.

According to Neogaf, the remastered version of the game will contain a number of improvements compared to the original PS2 version, including:

The launch site can be found here, although it’s in Japanese.