Sony has revealed the six new games that will be joining the PlayStation Plus line-up this month. The new games will be live on the PlayStation Store from 7th June 2016, and includes NBA 2K16 (PS4) and Gone Home (PS4). The line-up also includes two PS3 games, a PS Vita launch title and a PSP game. 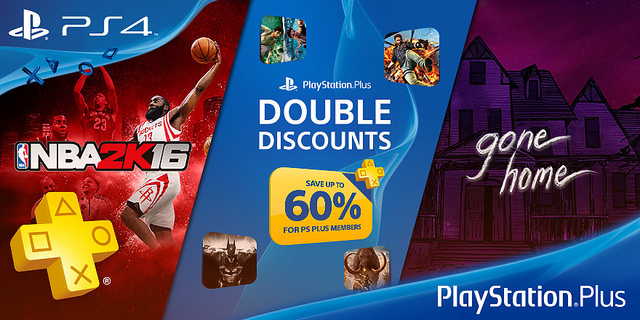 The same games will be available in both Europe and North America.

Here’s your full line-up of games for June: