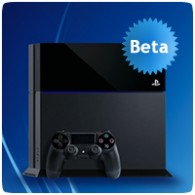 Sony is once again allowing gamers the chance to beta test the next PS4 Firmware update, giving those able to get access a sneak peek into the new features coming to the console. The beta program will kick off in early March, and you can sign-up here to take part. If you’re successful, you will receive an email on how to download the beta firmware.

You can roll back to the previous system software at any time, so don’t worry about downloading the beta. In order to sign up, you’ll need a PS4 with an Internet connection and a master account. We’ll share more details on the new features you’ll be able to test when the beta begins.