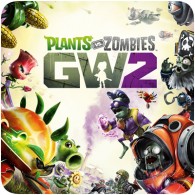 If you enjoyed Plants vs Zombies: Garden Warfare, the sequel is expected to be even crazier and bigger than the first. In fact, PopCap have just released a video showing the 12 new maps you can expect in the game, with each one showing incredible attention to detail, while also including hidden secrets, and easter eggs.

The game will also include 14 player classes, over 100 playable characters and more. Check out the trailer below to see the 12 new maps:

The game releases later this month, on 23rd February 2016. A beta is scheduled to commence from 18th February, but will be available only to Origin Access and EA Access members.