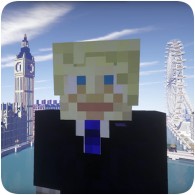 The London Mayor, Boris Johnson, has announced a brand new, large scale gaming event to rival Gamescom, E3 and the Tokyo Games Show. The London Games Festival will take place between from 1st to 10th April 2016, and will include 15 official events, across 10 locations throughout the capital.

The announcement was made in a cool Minecraft-themed video with the London Mayor appearing as a character in the game. Check it out below:

The festival will include:

Other events are still to be confirmed, but with a 10-day festival, you’re sure to find something to enjoy.