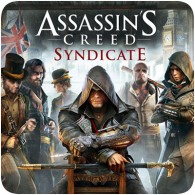 Assassin’s Creed: Syndicate releases on the PS4 and other platform on October 23rd 2015, but ahead of the game’s release, Ubisoft have announced the first DLC for the game. Titled Jack the Ripper, the DLC will feature feature the killings of famous London murderer Jack The Ripper, and will be free to download for Season Pass holders, and available as individual purchase.

The announcement was made at Sony’s Tokyo Games Show press conference. It’s unclear if the player will be playing as the famous murderer or hunting him down. In the mean time, check out the trailer below:

A release date for the DLC has not been announced yet.