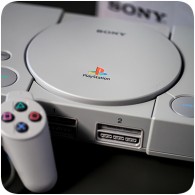 As for Europe, the 20th Anniversary falls later this month, on September 29th. Where were you on 9th September 1995?

To celebrate, PS4 owners can download an exclusive 20th Anniversary SHAREfactory theme from the PlayStation Store. Sony has also released an unboxing video for the console too: