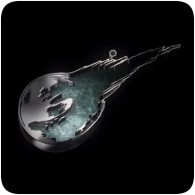 After years of asking, Final Fantasy fans are finally getting a remake of Final Fantasy VII, which originally released on the PlayStation. Regarded as one of the best FF games, Sony and Square Enix announced that a rename is in the works and will be coming to the PS4 and PS Vita.

There is no release date set for the game, but it’s not a HD remaster – it will be a full blown remake of the game. Check out the awesome teaser trailer below: