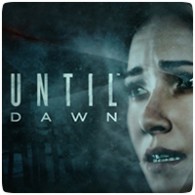 It’s been a while since we heard any new information about PS4 title Until Dawn, that is until today. The horror title has been given an official release date and new trailer by developers Supermassive Games. In North America, the game will be releasing on August 25th 2015, followed by PAL territories on August 26th 2015.

However, the UK and Ireland won’t be able to get their hands on the game until August 28th 2015.

The developer has also announced a new cast member: Peter Stormare, who you might recognise from Prison Break, The Big Lebowski and (more recently) Arrow.

The game is available to pre-order from today, and will available in three different editions: