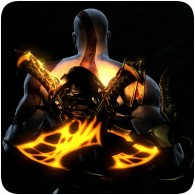 God of War III Remastered releases on the PS4 in stores and digitally on July 14, 2015, and if you pre-order the game in North America, you’re in for a few great treats. Pre-ordering the game will get you an exclusive God of War – Fall of Olympus Dynamic Theme, and free 90-day rental to the previous two titles.

Pre-ordering the game will allow you to download the theme and 90-day PlayStation Now subscription as soon as May 26th 2015, so you can enjoy the previous two titles before playing the third remastered instalment.

To whet your appetite for the epicness ahead, take a look at the sneak peek below. The video, like the gameplay, is full 1080p running at 60fps.

In addition to offering PS4 players a chance to rip apart the Olympic pantheon in stunning detail, the Remaster also includes Photo Mode. Now players can freeze the brutal action mid-swing, play with a ton of creative camera and lighting options, and share that with fellow God of War fans.
Bonus, God Of War III, Pre-Order, PS4