A recent survey by Nielsen has revealed the top factors why Americans are choosing the PS4 over the Xbox One. It turns out that the better resolution of PS4 games is the top factor among current owners. The survey also reveals that 59% of PlayStation 4 owners previously owned an Xbox 360.

Funny enough, the second most popular reason for purchasing a PS4 is the blu-ray player, which is actually a feature of the Xbox One too. Maybe Microsoft isn’t doing too well with promotion this feature of the console. 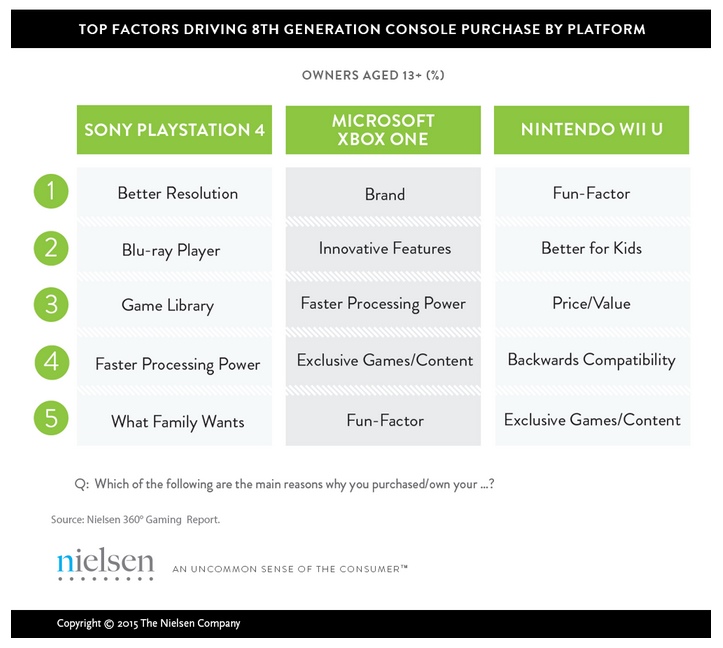